Two televisions got married… the wedding wasn’t much but the reception was great. Speaking of Great Receptions, if you follow the blue line:

… and turn right, you’ll end up in the Cabinet Room which – let’s face it – under a Nazi dictatorship got as much use as Vin Diesel’s comb. However, if you continue straight ahead you’ll find yourself in the Grosser Empfangssaal, or Great Reception Hall. Who can guess what this was used for? (BTW, much of the West Wing was composed of offices and a canteen for staff. Christoph Neubauer does it much better in his series of DVDS. Buy them if you’re – like me – anorakly interested). Once again, IMO Speer did a great job:

…and from the other end: 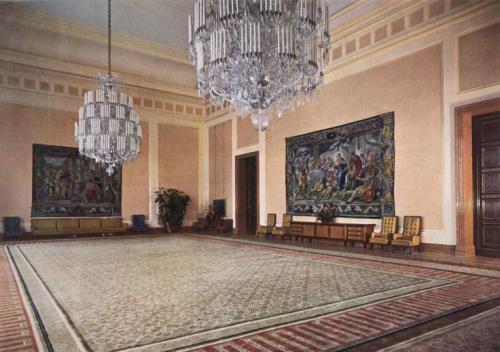 Those chandeliers were made by the Viennese firm of Lobmeyr. They’re still going:

The chandeliers were four metres tall and were made of cut glass.

The floor was parquetry and was covered by an enormous (check out the photos) hand-knotted carpet. Most of the photos of glamorous balls, receptions etc you see were photographed here. The glamorous woman often seen at these official functions was Inge Ley and by all contemporary accounts she was stunningly beautiful: 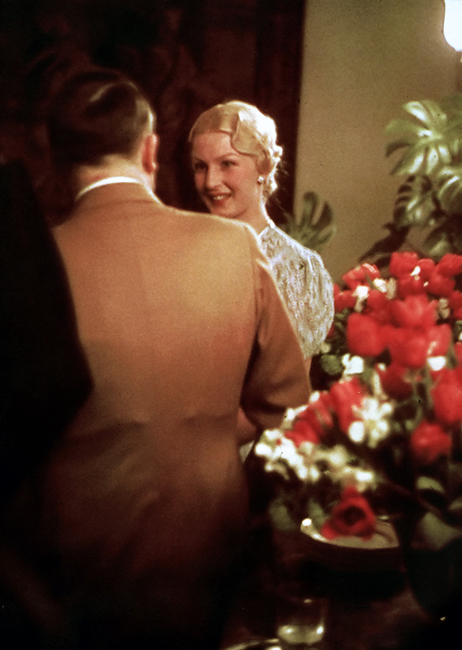 There were of course others at these functions: 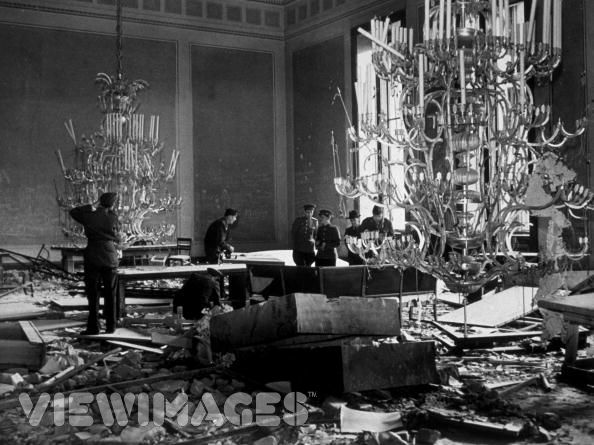 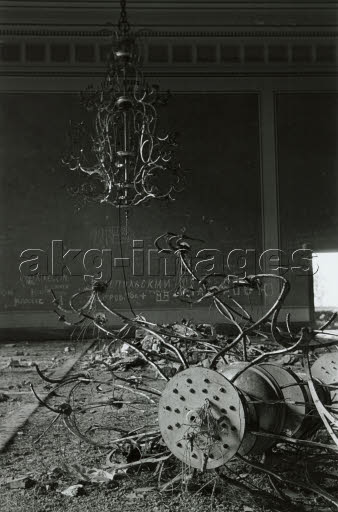 Source: all photos of ruined chandeliers are from AHF