The history of European first-class hotels would in itself make an interesting blog but here we are only concerned with those in Berlin and specifically the Kaiserhof.

But first some context: the Grand Hotels in Berlin would include the Adlon – which we’ve already seen on Pariser Platz – the Excelsior, whose main claim to fame was that it was directly opposite the Anhalter Bahnhof and guests could walk to or from the station through an 80 metre long tunnel without having to bother themselves with the pesky real world above. Guests could even buy their train tickets from a booth in the hotel.

The Excelsior allegedly was the Nazis’ first choice as a hotel for Hitler and his mates but the manager, one Curt Elschner, wasn’t mad keen on Nazis so he gave them the bum’s rush, a decision he came to regret.  Hitler moved to the Kaiserhof and the Excelsior was boycotted by the Nazis for all events. Party members were forbidden to patronise it and the loss of income bit Elschner hard. He tried to curry favour by demonstrating a new commitment (or so I’ve read) to Nazi ideals but Hitler was still in a huff and remained at the Kaiserhof. Elschner (surprisingly, IMO) survived the war and died in 1963. The hotel stood in today’s Stresemannstrasse so if you really want to see where it was, you can find the (empty) spot opposite the ruins of the Anhalter Bahnhof. Here it is in its heyday:

… and the Anhalter Bahnhof in 2011. This ruin can be found about 500 metres from Potsdamer Platz:

Another Grand Hotel of interest was the Esplanade, which was almost completely destroyed during the war but a section of it survived and can be seen at Potsdamer Platz today. If you’re a fan of the movie “Cabaret” some interior shots were filmed in what was left. (http://www.wikiwand.com/en/Hotel_Esplanade_Berlin)

So much for context. If you check the previous maps, you’ll see the Kaiserhof took up a whole block. Hitler stayed there, Goring had his (second) wedding reception there (the actual wedding – to actress Emmy Sonnemann – was of course held in the Berliner Dom) and visiting dignitaries also stayed there. here is the Wikipedia link:

However, a word of warning: Wikipedia is often wrong. In this case, the Kaiserhof was not “located next to the Reich Chancellery “. It’s about a good eight-iron away, unless you’re Jordan Speith in which case it’s probably a sand wedge. For me the most interesting thing about the Kaiserhof is this exchange I had on Axis History Forum in which some bloke (an Australian would you believe?) claims Hitler personally strangled Dr Ludwig Roselius in the Kaiserhof in 1943! Must’ve been a slow day for Adolf …

(Roselius, BTW, is worth a Google):

This following photo shows some cool dudes parading past the Kaiserhof in 1936 (check out the Olympic pennant on the extreme right of the photo and the foreign flags outside the hotel). Mind you, if I owned that car I’d be doing a bit of parading too:

The Kaiserhof site is now the Republic of North Korea embassy. If you walked down to Mauerstrasse in 2015 and turned right, you would find the entrance to this embassy. There are – or were – numerous posters of goosestepping North Korean soldiers waving bright red flags on a board out the front. I’m guessing there’s no word for irony in a North Korean dictionary.

And one last interesting thing about the Kaiserhof … (found on page 439 of Robert Forbes’ excellent “For Europe”): During the afternoon of April 29, 1945, Dr Gustav Krukenberg, SS Brigadefuhrer and commanding officer of the remaining French SS soldiers in Berlin, awarded the Knight’s Cross to 21-year-old Unterscharfuhrer Eugene Vaulot for destroying eight Soviet tanks in 24 hours. Shortly afterwards, Vaulot was ordered – hopefully not by Krukenberg – to lead a patrol from Krukenberg’s HQ in the Stadtmitte U Bahn station to the Kaiserhof Hotel to find some table linen, which he did. Table linen? I can’t believe that was the sole reason for the patrol especially when you consider that the Kaiserhof was around 550 metres from the German front line in Prinz-Albrechtstrasse. 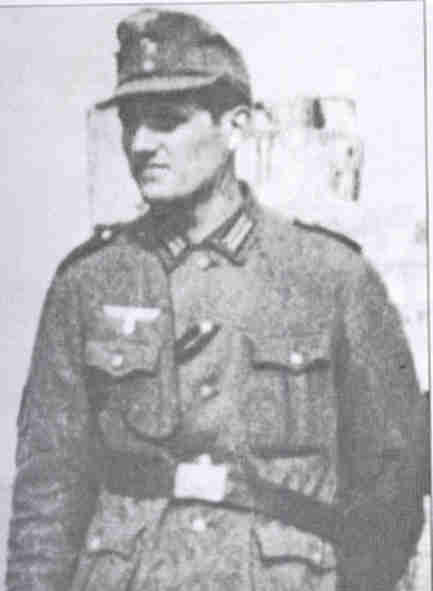 So when you’ve finished looking at the site of the Kaiserhof/North Korean embassy, walk back down to where the Wilhelmplatz meets Vossstrasse and look down towards the Air Ministry building. On the block opposite (but on the same side of Wilhelmstrasse as the Air Ministry) were the RSHA/ Gestapo HQ in which were holed up the last few French SS of the Charlemagne Division. My point? On the day before Hitler shot himself, a French SS patrol went looking for table linen while their compatriots were holding off the Red army 500 metres away. The only troops on Wilhelmstrasse between the Soviets and Hitler were around 50 – 60 French SS. The other 300 or so French SS who had volunteered(!) to drive/march into Berlin were all dead or wounded. Dunno about you but I find that a major spinout.

If that don’t rock your boat, according to Robert Forbes, another Frenchman may or may not (there is some argument if the award was processed correctly)  have been awarded the Knight’s Cross in that ceremony, one Oberscharfuhrer Francois Appolot. I don’t know if Appolot got his Knight’s Cross or not but (once again according to Robert Forbes) Appolot was a card-carrying member of the French Communist Party throughout the war and after. You’ve got to wonder … 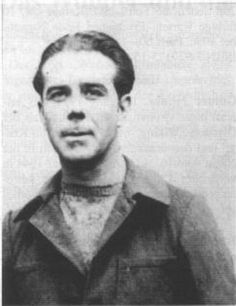 My advice? read Forbes’ book. If you’re not particularly interested in the history of the Charlemagne Division, just read from Chapter 13 (“The First Days at Berlin”) onwards.

The ruins of the Kaiserhof after the war:

…  and if you really want to get the location right, compare the building still standing (red circle) next door: